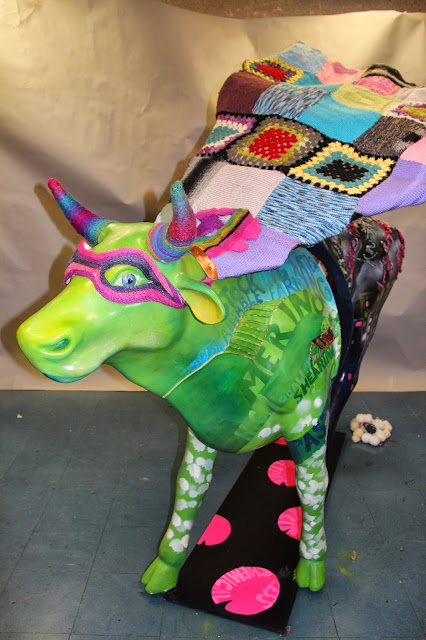 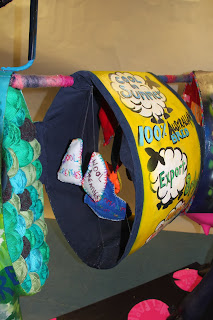 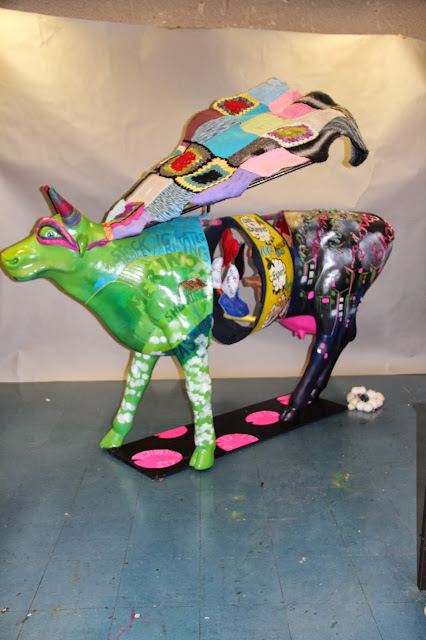 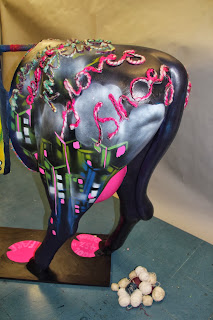 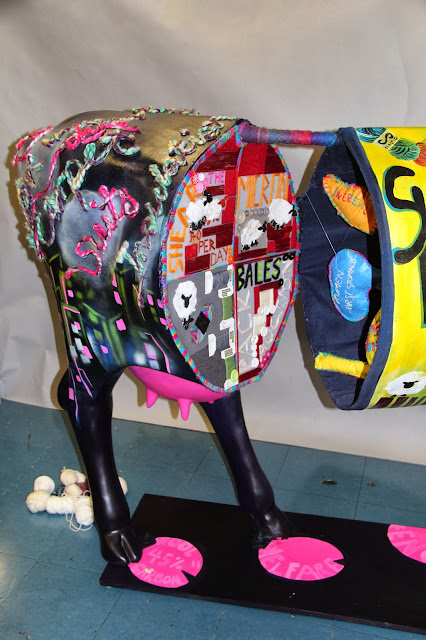 Steph had a big impact on the class. They interviewed her on the day of her visit, it was so much fun.
We put together a power point presentation that tells her and the wool farming story.


Of Life on The Farm told By FARMER STEPH.

https://www.dropbox.com/s/m7as0q1mnyk9xyx/wool%20powerpoint%20finished.pptx?m
Posted by Unknown at Wednesday, October 16, 2013 No comments:

After months of work the cow is now complete.
We love that our cow tells a story - that different viewpoints are independent of others and have their own entity.

We LOVE she is a super cow.
We LOVE that she represents us, we have all had some input into her creation, whether it be us painting, knitting, sewing, gluing or cleaning up the mess the others left. We have all had a role to play.

The cape and mask shows the cow is all about the wool, the craft of knitting and involvement of the community. her super hero powers are all about sustainable farming. 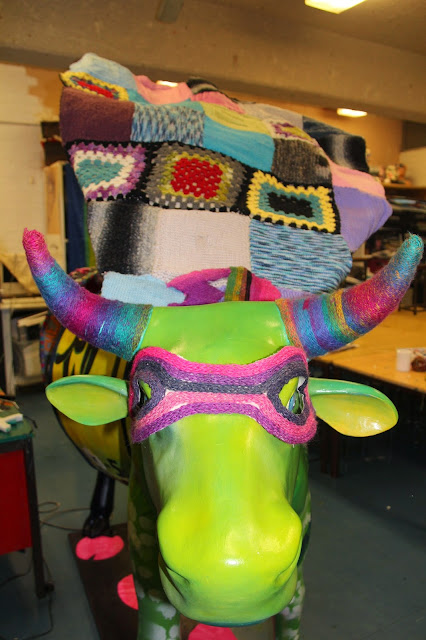 The Head section reflects the farm, the pastures and the sheep on their fields.
The wool at the end of the head symbolise all the bales of wool that are ready for export. 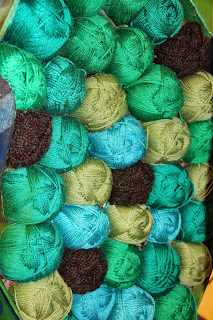 The Middle section represents the label you find on the cow and all the important information that helps us want to buy the product. 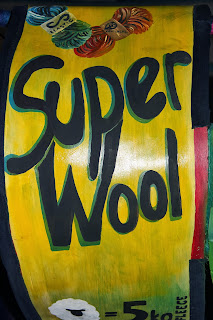 The open interior of the middle section identifies the body parts - all made of felt (wool) and describe their functions.
The back section reflects the business end of the wool industry once the wool has left the farm and is a fibre used to make products. The smoke in the form of words tell us of some of the products. 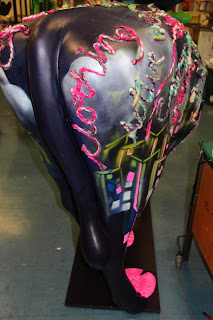 The embroidered end demonstrates the processes the farmer and his life from shearing the sheep, wool types and export of bales.

WE HOPE YOU LOVE WOOL I AM AS MUCH AS WE DO
Posted by Unknown at Wednesday, October 16, 2013 No comments:

The cow so far.


A few pics to show our students hard at work. 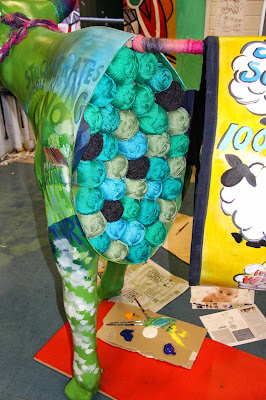 What does it take to Sustainably Feed and Clothe your Community


More than 75% of the total wool produced in Australia is produced by just 40% of wool producing farms.
So what does it take to produce enough wool to meet demands of not only our small community, but also the wider community.
There are 3.7 sheep for every person in Australia.

An article we found about one farmer dedicated to the wool industry and keeping standards high.

Photo: The shearing and fine wool classing team in action at Serena Park WA (Olivia Garnett)
As some shearing sheds across rural Australia fall into disrepair, there's one man who's determined to keep the superfine merino industry alive.
Since Peter Huston took over 14-hundred acres in Western Australia’s Avon Valley six years ago, he's been set on breeding sheep with the finest wool possible.
Sarina Park, 60 kilometres east of Perth, is a well-known superfine merino property and Peter has worked hard to maintain its reputation, focussing on boutique, rather than bulk.

If any sheep blow out in micron or get excessively strong then they are usually culled out, we select only the finest ones
Harry Wilson, artificial breeding specialist


Artificial breeding specialist Harry Wilson uses an electronic tagging system to track the fleece and breeding information of each animal.
"It just makes identification of individual animals so easy, compared to visually reading the tags.
"If any sheep blow out in micron or get excessively strong then they are usually culled out, we select only the finest ones."
Mr Wilson then advises the wool classer what the micron is on each sheep so they can put the wool in the appropriate bin in very tight micron ranges.
About 1,600 ultra fine merino sheep are being shorn this time around, with the average micron estimated by Mr Wilson to be 15.5.
"That’s come down an average of 1.5 micron in the last 6 years.".

He’s aiming to get the average micron down to as low as 13.
"We’ve got fleeces that go down to 12.5, which is probably the finest we’ve got so far, but the next session is going to be the hard bit."
Lindsay Hill from Kojonup has been in the shearing game for about thirty years.
He says there’s a knack to working with superfine merinos.

Some people that live in the city and have a professional job like I have want to grow grapes, some want to race racehorses. Oddly enough I want to raise ultra fine merino sheep
Peter Huston, owner of Serena Park


"We’ve got to take our time here... these are a lot softer cutting, it makes it a lot easier on our gear, it’s bloody good.
"You’ve got to go steady so you don’t cut the fibre in half and de-value the fibre."
A lawyer by trade, Peter Huston says without another job he’d find it difficult to stay in the wool industry.
"Some people that live in the city and have a professional job like I have, want to grow grapes, some want to race racehorses. Oddly enough I want to raise ultrafine merino sheep.
"What I’m trying to do here is boutique, rather than bulk.
"It’s very hard to make money out of wool, particularly what I’m trying to do."

The first Merinos in Australia produced about 1.5 kilograms of wool per fleece. Today’s Merinos can grow a fleece of more than 8kg. This is as a result from better breeding and more sustainable grazing methods i.e. producing more from the same animals and land. 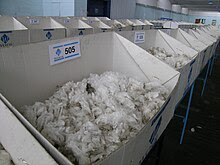 About 7% of Australian wool is sold by private treaty on farms or to local wool-handling facilities.

Australia produces a large variety of primary products for both export and domestic consumption. The forecast top ten agricultural products by value are listed for year 2006-07, with production figures from previous years.

Even the most experienced performer, or in our case, inexperienced performers struggle in front of the camera. Its all about the moment and those hard hitting questions.
Steph demonstrated a great knowledge for her industry and was happy to give as much info as possible about it........

but when one started to giggle, there was a snowball effect. It only takes one look, one wrong word and, well, have a look!

Posted by Unknown at Thursday, October 10, 2013 No comments:

Part of the project was bringing together the various crafty elements that are built on tradition. The question was asked
WHO CAN KNIT OR CROTCHET?

Each student was asked to try to either, knit a square, crotchet a square, or cross stitch a sheep.

An interesting result.
Some students just hated the whole idea.
Some students started but struggled to finish.
A few loved the whole process of knitting and  sewing.
A few I heard started but passed on the task to their grandma who not only finished that one square, but also made a few more. Some clever nanas even added some borders and more fancy stitches. 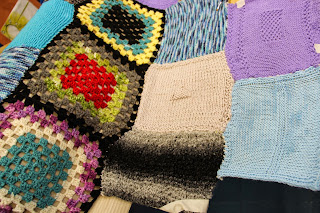 As a result we created a great cape for the cow and a few developed knitting skills that are slowly becoming lost in a ready made society
Posted by Unknown at Tuesday, October 01, 2013 No comments: